The Clipperton Project - what Science & Art will tell us about climate change? 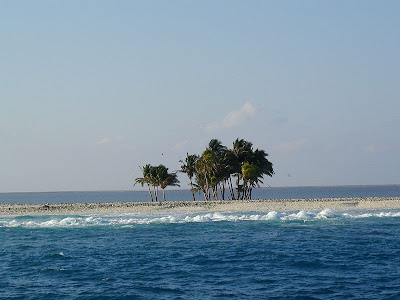 Imagine being stuck on a remote island...
Where would it be?
What would you do?
How would you survive?

If spotting boobies on the Île de la Passion conjures interesting imagery, read on!
An interesting experiment has just gotten underway a few hundred kilometres off Mexico in the tiny Pacific atoll known as Clipperton Island (or Isla de la Pasión in Spanish). The island is uninhabited except for some wildlife, though it's seen many a shipwrecked and has been influenced by human intervention in the past. At only 9km across and about 2m above sea level (except for the isolated Clipperton Rock a small volcanic outcrop standing almost 30m), it is under direct authority of the French Government and part of the EU, yet French citizens need a permit to visit the island.

At the beginning of March an expedition set off to investigate the effects of climate change, to observe these changes firsthand and upon returning to civilization to help spread awareness of environmental issues which have far reaching and very real consequences.

Regular updates are up on the website of the experiences of the latest Clipperton expedition. Consisting of scientists and artists, the project director Jon Bofiglio proposal describes an experiment in which scientific information about environmental change is shared by employing different fields of research working together to change public perception and enact change. Podcasts featuring project participants, explore themes with social and environmental relevance. Photo galleries show  how wildlife has been affected by human impact. There are also some updates of field research.

At the end of the project, what will be achieved? No one really knows. It may just be a junket for some very adventurous creatives. It may fall short of it's goal to change public perception of environmental change. All anyone really knows is it's an experiment and as an experiment it needs objectivity, creativity and analysis to determine it's value. 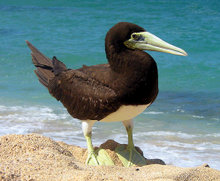 - named after a pirate
- nearest neighbour is almost 1000 km away
- surrounds freshwater lagoon which has drinkable but stagnant and acidic water
- no fish in lagoon
- width ranges from 45- 400m; on average:150m
- 2m above sea level, excluding solitary volcanic rock 29m
- low tide exposes reef
- birds are using plastic toys in their nests
- don't eat the crabs -they're poisonous
- remains of US Navy buildings from WWI
- was a British mining colony for guano in early 20th century
nice Boobie - not a pirate!
Posted by M? at 9:05 PM 1 comment:

persuasion of the periphery

If you're out and about in Brunswick in the next 2 weeks, check out the Sydney Road 'Window Frames' exhibition organised by the SRBA.  There are many impressive and eye-catching pieces in the storefronts between Brunswick Road and Albert Street.
I'm anxious and excited as this will be my first time exhibiting something. I called it 'persuasion of the periphery' and it can be seen at Cocoa Nation, 365 Sydney Road Brunswick. It's a tough gig trying to compete for attention next to all those good looking chocolates but it's a sweet spot to stop and savour some chocolate treats! 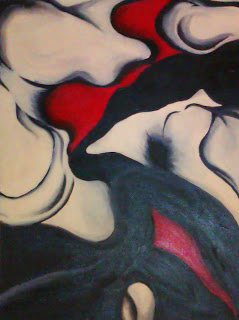 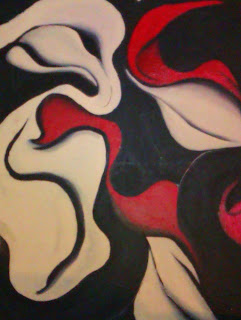 hmm... is that it? well it's a start!
So what are you waiting for?
Get out there and check out some local art while you can it's on until October 31st!
Posted by M? at 9:49 PM No comments:

I've heard in passing about the solar flare on February 19th and March 9th this year and it struck me that the recent Haiti, Chile, New Zealand and Japan earthquakes have occurred around the same time plus a few days. It got me thinking. I read other people's similar ideas online and put the few brain cells I have to work to find out if there is anything to it. I used wikipedia and spaceweather.com to create a very rough summary of a sample of earthquakes and their related solar events- which follow below.
Now, this may all be unsubstantiated speculation and I'm sure if you pick a random date there will be an earthquake and very likely some form of a solar event. There are small gaps but as a first pass and without sophisticated instruments- I believe there may be something linking the two phenomena. I'm sure others have already made this connection and have published their findings! As a scientist however, I need to remain objective (it's hard because this is such  an interesting observation especially for a nerd like me) and try debunk the hypothesis- 'That solar activity does have an effect on seismic activity of the Earth'.


Anyway here's the table you make your own conclusions.

UPDATE: The evidence in the above table does not implicate solar flares. It suggests they may be involved. It suggests coronal holes and subsequent geomagnetic storms in which solar wind is blasted to Earth are the culprits behind seismic events.
Of course this idea is nothing new, however I'm having trouble locating similar literature or finding it as accepted idea. I'll keep looking...

2007 Bulletin of the Russian Academy of Sciences: Physics
Volume 71, Number 4, 593-595, DOI: 10.3103/S1062873807040466
From the Proceedings of the XXIX All-Russia Conference on Cosmic Rays
Solar activity and global seismicity of the earth
S. D. Odintsov, G. S. Ivanov-Kholodnyi and K. Georgieva
Abstract
Results of studying the character and possible succession of cause-effect relations (in going from a disturbance source on the Sun to a response in the lithosphere in the range of periods from several days to the 11-year solar cycle) have been presented. It has been indicated that the maximum of seismic energy, released from earthquake sources in the 11-yr cycle of sunspots, is observed during the phase of cycle decline and lags 2 yr behind the solar cycle maximum. It has been established that the maximum in the number of earthquakes directly correlates with the instant of a sudden increase in the solar wind velocity.
---
This is my own (scant/incorrect) analysis and thought processes so these observations need to be confirmed, however if you see something worthwhile in following up- please contact me regarding using any this information, however inaccurate it may be. Thank you

in bloom + in depth 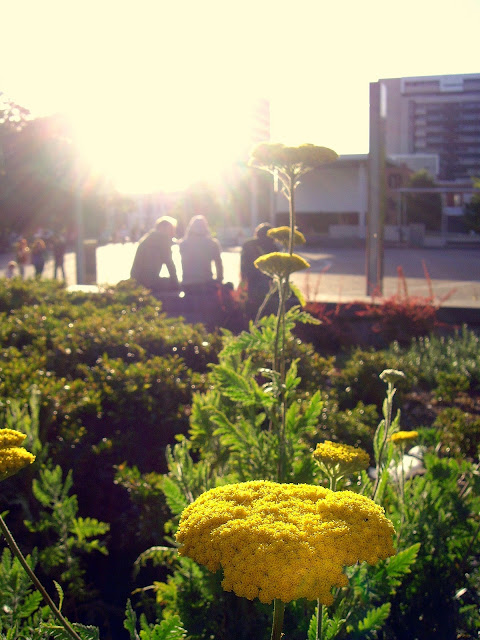 I like this photo.
The flower is sharply in focus and each petal is distinct, yet the background looks dreamy - blurred and slightly out of focus, colours washed out with the glow of the late afternoon sun. The trio are deep in discussion, oblivious.
Posted by M? at 11:09 PM No comments:

the courage of your own disatisfaction prompts...

Cloudy thoughts to doubt what you have
Fantastic deceptions to gnash at with emotion -
Forge ahead!
Time creeps forward, and opportunities slip by.
Wring hands and sigh deeply
Relief that these thoughts are just so
And night brings peace to conversations with the loved.
- Stream of consciousness rabble and late night creative drivel
Posted by M? at 10:43 AM No comments:

beyond the glass ceiling 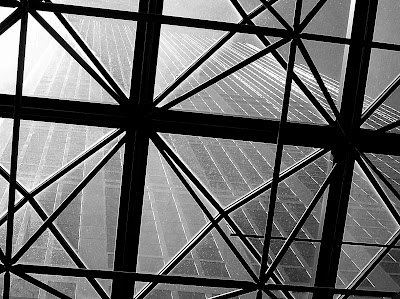 Melbourne Central station- Elizabeth Street, 28th December 2010
What do you see when you look up?
A clear, glass ceiling reinforced with steel.
Light streams through and is reflected off windows from the tower above as it stretches out into the sky, beyond your reach. 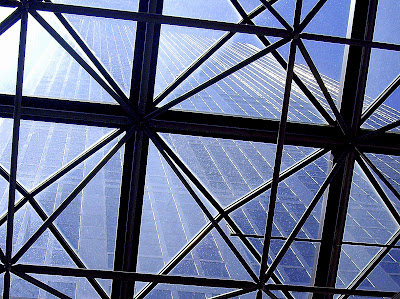 Refinement
Strengthen relationship with love, family, friends and work folk
Get back into swimming
Publish that damned paper
Find work that is challenging and interests me - don't let another year pass without testing self
Develop and draw something every day... doesn't matter what?
Think, analyse and evaluate effectively

As suggestions go these seem vague yes, but it's a start and some more specific goals need to incubate before being voiced.
Posted by M? at 10:19 PM No comments: